Every weekend, readers and writers share a few lines from an LGBTQ+ work of fiction as part of the Rainbow Snippets group on Facebook. The snippet can be from their own work, or just something they enjoyed reading. I love checking out the excerpts people share. It’s a great way to discover new authors and interesting reads.

This week, I’m sharing from Tomboy, my coming-of-age romance novella set in the United States of the 1950s. It tells the story of Harriet Little, a science-obsessed girl trying to figure out her place in a society that demands women fit into a June Cleaver mold. She wants her pretty dresses and to explore outer space.

Harriet has the support of her tomboy best friend, Jackie, and her dad, who lost his ability to put up with prejudice after seeing the effects of Nazism while serving in Europe in World War II. But she still has a long row to hoe, especially when she falls in love with the most popular girl in the school.

I released an earlier version of Tomboy in 2016, but then its publisher promptly closed. It turned out to be a blessing in disguise. With my book off the market, I had the freedom to make some changes and expand on parts of the story that I felt were lacking. (This new edition of Tomboy is almost twice the length of the original.)

And I found a new publisher, Ninestar Press, that I really love. They supported me through the revision process and gave me lots of helpful feedback. It’s great to have a publisher that cares so much about good storytelling.

And I adore the cover they came up with! 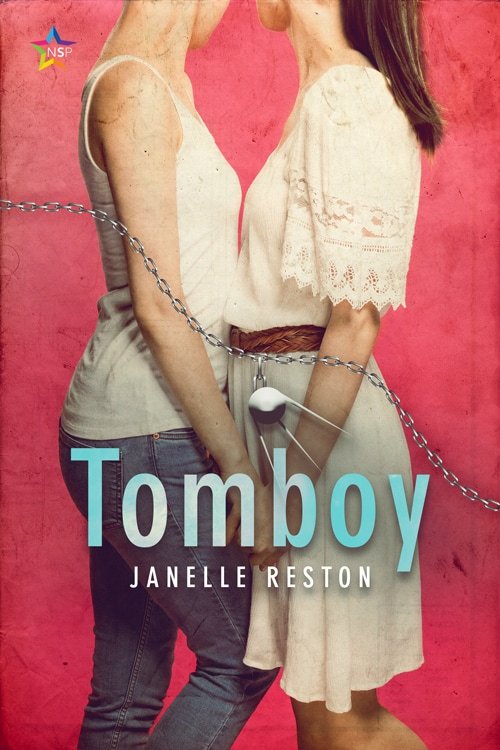 Here’s a little snippet—the first six lines of Tomboy. It’s a scene that takes place when Harriet is still in elementary school, the day she meets her soon-to-be best friend, Jackie.

The first time I met Jackie, I thought she was a boy. Of course, she was only eight then, an age when most humans would still be fairly androgynous if our society didn’t have the habit of primping us up in clothes that point in one direction or the other.

Jackie was in straight-legged dungarees, a checkered button-down shirt, and a brown leather belt with crossed rifles embossed on the brass buckle. Her hair was short, trimmed above the ears.

“Who’s that new boy?” my friend Shelley whispered as we settled into our desks. It was the first day of fourth grade, and Mrs. Baumgartner had made folded-paper name placards for each seat so we’d know where to go.

Tomboy is scheduled for a March 19th release everywhere, but is already available for pre-order on NineStar Press’s website, as well as at other retailers.

The first time I met Jackie, I thought she was a boy. Of course, she was only eight then, an age when most humans would still be fairly androgynous if our society didn’t have the habit of primping us up in clothes that point in one… Click To Tweet