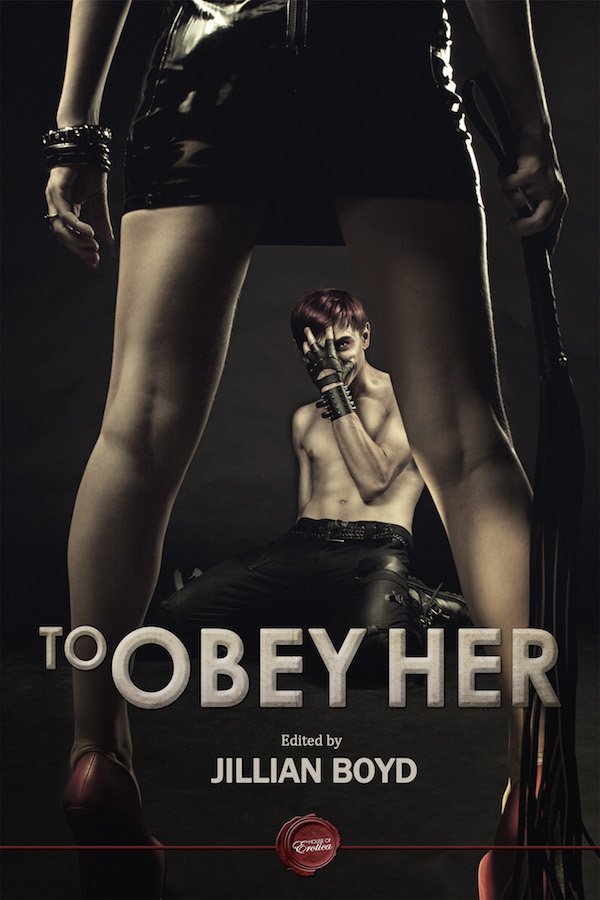 Are you ready to obey her?

Running the gamut from casual bedroom players to professional Dommes who know exactly how to get the best out of their clients, To Obey Her is an ode to the female dominant and the people who worship at her feet.

Janelle Reston’s contribution is “Learning to Let Go,” in which a movie director learns to let her young starlet take charge.

Excerpt from ‘Learning to Let Go’

“The best way to make me come is to rub my G-spot with your fingers while you push on my clit with your thumb,” I said, businesslike. “And you?”

I didn’t realize that she’d stopped walking until I was two paces ahead of her and the distance between us almost pulled my arm out of its socket. I tried to let go of her hand but she held me fast. I stepped toward her. The look on her face was one of dismay. Ah, I thought. She’s young. Not used to communicating her needs so directly. “Don’t be shy. There’s no shame in saying exactly what you want.”

A tremor ran through her face. Before I could understand the joke, she was laughing – no, cackling. Was she laughing at me?

“What’s so funny?” I demanded.

This was not what I had expected from her, given her age and our work together. I was the elder and the director. I was supposed to take the lead.

I stepped closer to her. She looked up at me, her breath warm on my face. “But you are the one for me,” I said nervously. It was a foolish thing to say. We hadn’t even kissed yet. “I’ve wanted you for so long.”

She smirked. “Yes, I know you have. But I won’t be your toy,” she said – calmly, authoritatively, making it clear she would brook no argument.

“Oh?” I said, my pulse quickening. “Then how do you propose to get me off? I’ve been doing this – Oh, I’d guess at least twenty years longer than you have.”

She moved her hand to my wrist, took the other wrist in her opposite hand. She looked into my eyes as she stepped even closer to me, her breasts pressing against me as she drew my wrists behind my back. “By teaching you how to let go.”

She kissed me then: softly, gently, her lips plump and smooth against mine. It could have been described as chaste if it weren’t for the way she had my arms pinned behind my back.

Goodreads reviews for To Obey Her