A woman from the audience asks: ‘Why were there so few women among the Beat writers?’ and [Gregory] Corso, suddenly utterly serious, leans forward and says: “There were women, they were there, I knew them, their families put them in institutions, they were given electric shock. In the ’50s if you were male you could be a rebel, but if you were female your families had you locked up.”Stephen Scobie, on the Naropa Institute’s 1994 tribute to Allen Ginsberg  (via thisisendless) 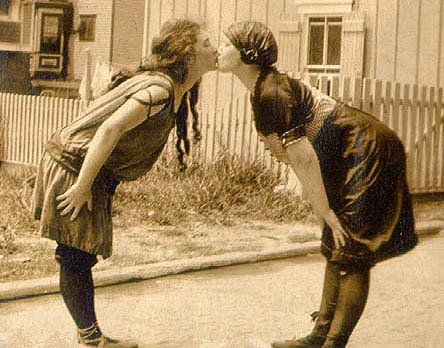 A collection of vintage photos of female couples at the turn of the nineteenth & twentieth centuries. … Read more

Scroll back to top